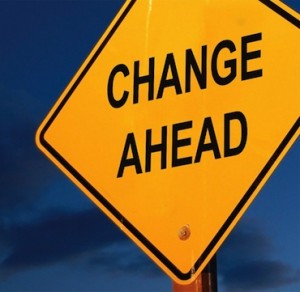 In 30 years of fundraising, I have never come across any organization that has fully embraced all the types of fundraising that they could be taking advantage of. In other words, almost every NGO I know “leaves money on the table.”

(I can hear all the fundraising consultants out there saying “Wow, that’s for sure!”).

The biggest opportunity any group has, is usually the one it isn’t (yet) capitalizing on [rather than improving an existing one]. So helping someone change how they see a task, or their job, or their budget, or their role, can help you raise more money.

That sounds like a HUGE job. But it doesn’t have to be. In fact, that is one of the three, simple things you can learn about change, that will help you create it.

But first a note of credit: NONE of these ideas are mine. Why should they be? This is fundraising, and some the best ideas in fundraising are stolen.

What Does It Take to Create Change?

You have a choice right here: 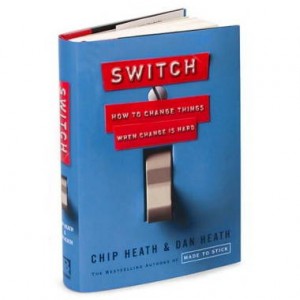 A) you can either run out and buy Switch: How to Change Things When Change Is Hard, by Chip and Dan Heath (the brotherly writing team who also gave us Made To Stick: Why Some Ideas Survive and Other Die, an excellent marketing book by the way);

But again, quickly, a caveat: SEVERAL of the examples that the Heath brothers cite in the book of successful change, took place in NGOs. So I’m not browsing the business section and trying to borrow fancy new ideas from the private sector (as many do). This stuff works.

So, here we go: what are these three, exciting things that you need to know to create change?

Makes no sense, right? I know. You’ll get it when I explain it (briefly) below. [BUY the book, ok?]

This last one probably makes the most sense to fundraisers, especially “public” fundraisers (like myself). But before I close, a few thoughts on barriers to change, from the Heaths:

To get people to change, you have to change their situation, otherwise they will do what they have always done. (And there is usually a GOOD reason they have done it that way for so long). The challenge is that, to help them change, you also have to inspire and guide both their hearts and minds. But to quote the Heaths, “The problem is: OFTEN THE HEART AND THE MIND DISAGREE! FERVENTLY!” (emphasis added). So taking the ‘head’ approach is often futile. (See “parrots” above).

People spend lots of their energies – especially in work settings – policing themselves. Managing the impressions they are having on others, coping with fears, controlling their work flow, focusing on what they have to do. Literally, people sometimes don’t have enough “mental energy” to cope with change, because change is not easy. So what may appear to be resistance, may just be lack of energy. There are ways around this as well.

If you want to create change, you need to be clear about what, EXACTLY, needs to change. “Eat a healthier diet!” doesn’t tell people what to change, it just confirms that an unhealthy diet is bad for them. To give the final quote from the book, “If you want people to change, you must provide CRYSTAL-CLEAR direction.”

There. I’ve managed to get you through an entire blog that’s NOT about fundraising. But actually, it is. Is your organization NOT doing outreach through SMS? Is your web site not keeping your donors informed about what you do? Is your senior management stopping face-to-face because they think its “old fashioned”, even though it could probably grow if you merged it with new technology?

Then you need to make a change. Hope this helps.

This post originally appeared on 101fundraising by Mitchell Hinz.